Cognitive Behavioral Therapy (CBT) is a therapeutic approach that helps people to recognize how their thoughts, behaviors, and emotions affect their mental state and decision-making. As indicated by the name, CBT is a behavioral therapy that is used for a wide variety of psychological and/or mood disorders, including depression, eating disorders, OCD, and severe mental illness and is most widely known for Cognitive Behavioral Therapy for Anxiety. It is widely practiced and one of the most common therapeutic approaches used by counselors and mental health professionals.

How Does Cognitive Behavioral Therapy Work?

If you or your child is struggling with mild to moderate anxiety or depression that is directly related to a distressing event or situation, Cognitive Behavioral Therapy near you can provide effective, quick relief for you while significantly decreasing the harmful behaviors that are causing disruption in your everyday life. CBT offers the skill sets and tools needed to bounce back more quickly from distressing situations so that you can begin to move forward and feel unstuck from cycles of negative thinking.

Seeta Lochan
Verified
As a Registered Dietitian Nutritionist in private practice, it has been very difficult to find Therapists who specialize in eating disorders and take a DBT approach which I find is imperative for my patients to have the necessary skills to move forward on their journey to recovery. Suffolk DBT has those skills and tools and I have found over the years has remained on top of these standards. I would highly recommend them.

Debra Spector,RD
Verified
Suffolk DBT is a great place to work! I always feel supported and guided to do my job effectively. I enjoy every aspect from the clients to the staff and location. Jeanette has provided me with many opportunities to increase my understanding of DBT through various trainings, supervision and consultation teams. It is easy to see how much the clinicians care about their clients and families.

Julia Helene
Verified
Suffolk DBT is the best place you could go for help with a variety of mental health issues. It’s great for kids, teens, and adults to learn skills to better deal with emotions, anxiety, depression, and more. Jeanette is an extremely talented and compassionate social worker who truly cares about her patients and wants them to succeed. If it weren’t for Jeanette and her persistence with me and caring attitude, I would not be where I was today. She’s a lifesaver!!

R S
Verified
Suffolk DBT has given our daughter the ability to navigate in a more productively and skillfully. We as a family have learned so much. I only wish I would’ve known about DBT sooner. We now have a much brighter and healthier outlook for our daughter’s future. Thanks so much to the highly trained and knowledgeable therapist at Suffolk DBT.

Mike Dubois
Verified
There is no one better than Jeanette Lorandini. She is a miracle worker and exactly what I needed! Denise (front desk) and Jeanette are wonderful, compassionate, and simply amazing to be around! I wish I started seeing Jeanette sooner... it is worth every single penny! Amazing, amazing, amazing!!!!

Heather Cleary
Verified
Jeanette Lorandini is an unbelievable clinician. When it comes to DBT, there is no one as qualified, experienced and passionate as her. She is a beautiful person, it is evident how much she truly cares for people and for her work.

Suffolk Dbt
Verified
Very professional and great service. Would recommend to anyone seeking these service.

Chris Toomer
Google rating score: 5 of 5, based on 10 reviews.

CBT was developed as an alternative to pure psychoanalysis, when it was discovered that certain clients reacted more positively by engaging with their own thoughts, beliefs, and behaviors than by simply having them analyzed by another person. The fundamental goal of cognitive behavioral therapy for anxiety was to help people change the beliefs and thoughts they maintained about themselves and the world in order to be more functional and fulfilled in their lives.

Though CBT has roots in the behavior therapy of the early twentieth century with influence from such figures as Ivan Pavlov, Joseph Wolpe, and B.F. Skinner, the practice became streamlined by Aaron T. Beck, who is considered the father of cognitive therapy. When Beck began integrating free associative thinking in his sessions, he realized that his clients’ thoughts were affected more by emotional stressors than by the unconscious factors that Freud had previously attributed them to. Beck discovered that there was an internal dialogue occurring between his clients’ thoughts and emotions that resulted in certain behaviors, or what he characterized as “automatic thinking”.

From the nonjudgmental, objective viewpoint of a CBT therapist, Cognitive Behavioral Therapy in New York can help people get unstuck from negative cycles of automatic thinking and the distressing emotions that result, such as anger, anxiety, shame, and sadness. Though initially developed as a treatment for depression, CBT has been widely practiced to help people understand the connection between their thoughts and emotions. Studies show that it is more effective than medication in treating adults with mild to moderate depression, and it has been proven to help a wide array of people struggling with emotional and mental dysregulation.

CBT Can Offer Quick Relief From Harmful Cycles Of Thinking

If you are based in New York and struggling with persistent anxiety and negative thoughts, Cognitive Behavioral Therapy near you at Suffolk DBT can offer a new way of thinking and relief for you. 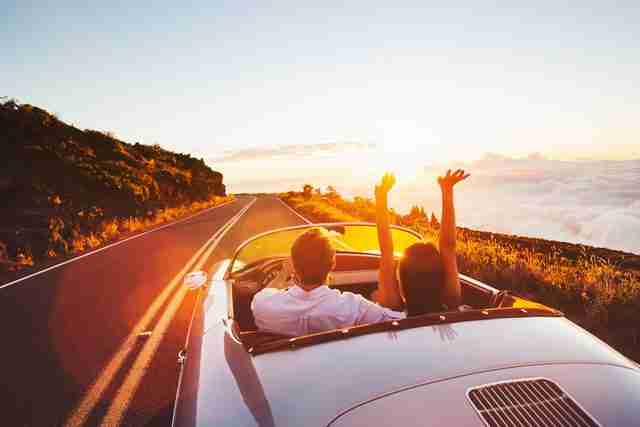 How Does Cognitive Behavioral Therapy Work?

Everyone struggles with negative and uncomfortable thoughts; it’s an unfortunate and painful part of being human. However, when those thoughts start to contribute to cycles of anxiety and depression or create hindrances in our work, relationships, and everyday life, that is when the guidance of a therapist or counselor can help us to regulate our emotions and find peace in our lives.

CBT relies on “homework assignments”, or everyday application of therapeutic methods, as well as the slow exposure to the things that cause the most fear and anxiety for clients. With the nonjudgmental support and insight of your cognitive behavioral therapist, you will work together to understand your thoughts and the feelings associated with them while developing reorganization and restructuring methods for the situations that cause the most stress, sadness, or fear.

Once you have a solid understanding of your triggers and emotional responses, your skills will be fined tuned so that you are able challenge catastrophic thinking and replace it with a logical reaction based on the facts of the situation.

While we at Suffolk DBT are big proponents of Dialectical Behavioral Therapy (DBT), we understand that some clients will from DBT while others will benefit from CBT. After all, when Marsha Linehan was developing Dialectical Behavioral Therapy in the 1980s, she borrowed a lot of aspects of Cognitive Behavioral Therapy in working to integrate mindfulness and calm down the nervous systems of clients who were experiencing distress and harmful cycles of thinking. CBT tends to be a shorter treatment process than DBT, and one that is fundamentally rooted in changing the thought patterns of individuals who experience determinable periods of depression, anxiety, and emotional distress. 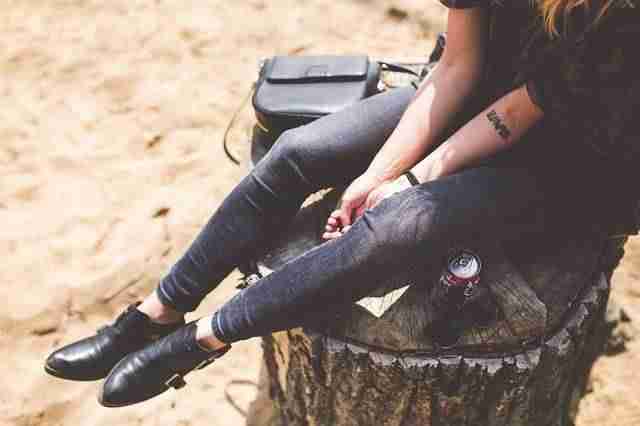 Where Can I Find Cognitive Behavioral Therapy In New York?

Having practiced behavioral therapy since 1993, I maintain a dynamic understanding of which modalities and approaches will help individuals based on the problems that arise in their lives. All of the CBT therapist and mental health counselors at my New York practice—Suffolk DBT, established over a decade ago—are trained in behavioral therapy and are prepared to take either a dialectical (DBT) or cognitive (CBT) approach, based on the personalities of our clients and the issues that are causing them most distress.

Working collaboratively with tangible goals in mind, your New York Cognitive Behavioral Therapy counselor at Suffolk DBT will help you to find clarity on the thinking that is currently causing problems in your life. 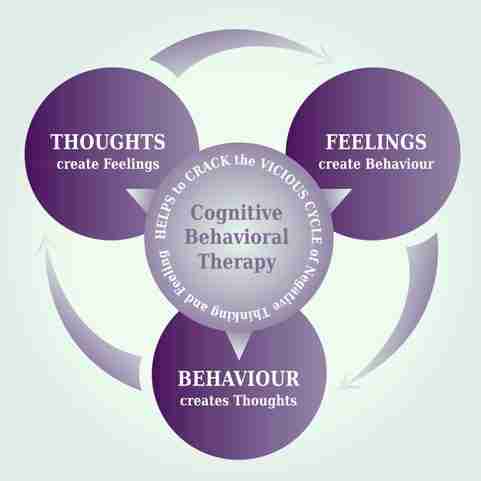 In understanding your thought patterns and their subsequent emotions, we will help to increase your outlook on life while actively working to reduce symptoms of depression, anxiety, and distress and build your self-confidence so that you feel empowered to tackle these issues outside of the therapy session.

We aim to foster a warm environment from the very beginning of treatment, so that our clients understand they are in a safe place to confront their feelings of discomfort and encouraged to let us help them find ways to make their lives more fulfilled and enjoyable. Our team of committed behavioral therapists is invested in understanding which approaches and modalities will work best for our clients’ needs and in guiding them during the process of improving their lives and themselves.

Ready to speak with a Cognitive Therapist near you? 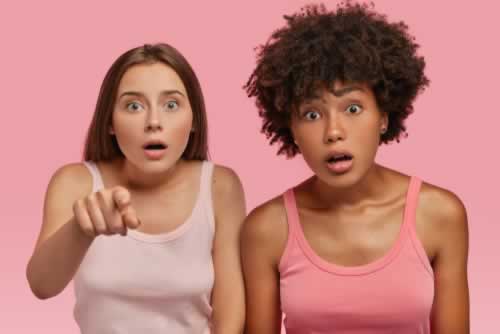 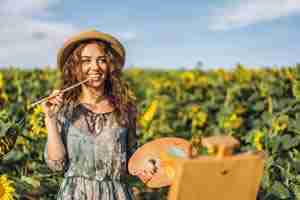 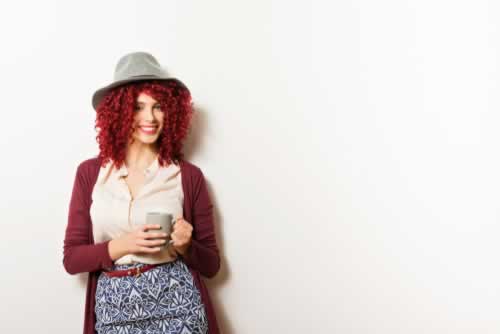 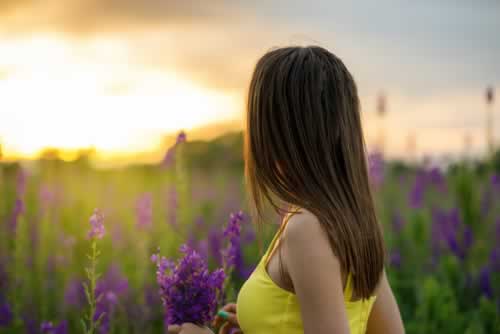 We care, we genuinely want to help, and our mission is to create an environment of acceptance for all of our clients.